You are here: Home / Gill’s places to practice 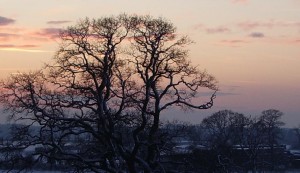 View from The Holt

The last piece of land that could be developed on the east side of the street this is a modern bungalow with a postage stamp size garden.  So far only two owners, so has little historical interest although the land on which is was built was once an orchard which belonged to one of the oldest cottages in the village.  These cottages had earthern floors and formed a terrace adjoined to a farmhouse – where they farm workers cottages? 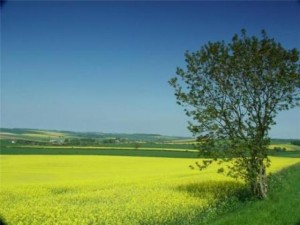 One of the oldest buildings left at the bottom of the village main street.  Current family has connections back to the early 20thC when it was owned by a Mr Cooper of Boulton and Cooper fame.  The farmhouse has seen various alterations over the years – being turned from a two cottage into one large farmhouse and then back into farmhouse and cottage – on the 1854 maps, and even when sold in 1924, it was being shown as The Manor House.  Built slightly above the Gatehouse, these two buildings would be just above flood levels.

Family links to Manor Farm – was this also one of the oldest houses in the village.  Added to relatively recently, the farm yard included a cottage which again is very old. Was this once known as Broughton Villa or was it also once a Manor House?  Certainly it has a public footpath which links it directly with the church at Amotherby.  As the village lies within the this church parish, this would have been the local place to worship for villagers.